“We have now closed the Nursery and Gardens for the winter.  What a year it has been, and we thank you most sincerely for your sterling support.  We will update you on 2022 opening dates in the next few weeks”  Graham Gough

“The different textures, tints and tones gives this garden a real depth and quality that changes constantly.”

We have now closed the Nursery and Gardens for the winter.  We will update you on 2022 opening dates in the next few weeks.

“We have been bathing in the afterglow of our appearance in Channel 5’s series ‘Great British Gardens’ presented by Carol Klein. Did you see it?

This has been a great series beautifully directed by Jess Matthews and her talented team, with Carol professionally bringing out the best from her gardening protagonists through intimate conversation in their highly individual gardens around the country. Our thanks go to them all and to Channel 5 and also to the Marchants team for allowing us the time to film while continuing with important nursery duties.

Many of you have asked the whereabouts of Lucy in the programme. Suffice to say Lucy’s creativity, support and involvement have been integral to the development of Marchants as one of the finest small nurseries in the UK.

Watching the series we began to learn the slant and take of the programme and its focus on individual owners and head gardeners. This approach brought a strength to the programme rarely seen and as artists ourselves we fully respect the artistic independence and integrity which guided the Channel 5 team.

An approach that has guided our own working lives.”

Established by plantsman Graham Gough in 1998, Marchants Hardy Plants is widely recognised as one of the UK’s leading small independent Nursery and Gardens.

Nestled just north of the South Downs, the Gardens provide an ever-changing vision of the plants in situ through the seasons. Together with his talented Marchants team, Graham produces on site a splendid range of unusual herbaceous, grasses and woodland plants in their new peat-free compost.

Cutting back the meadow at Marchants, albeit a little later than normal as Graham and the team have been so busy with the nursery that it’s held up other essential autumn tasks (October 2021)

Reviewing the ancient hedge that forms part of Marchants' boundary - well over 100 years old, the hedge was laid by partially cutting through the stems of a line of small trees near ground level and arching the stems without snapping, so they grow horizontally and can be intertwined (October 2021)

Phlox have excelled in this year's wetter summer, and here Henry introduces some of Marchants' favourites, the various pinks working brilliantly against the grasses as we approach early autumn (August 2021)

Find out about our Gardens 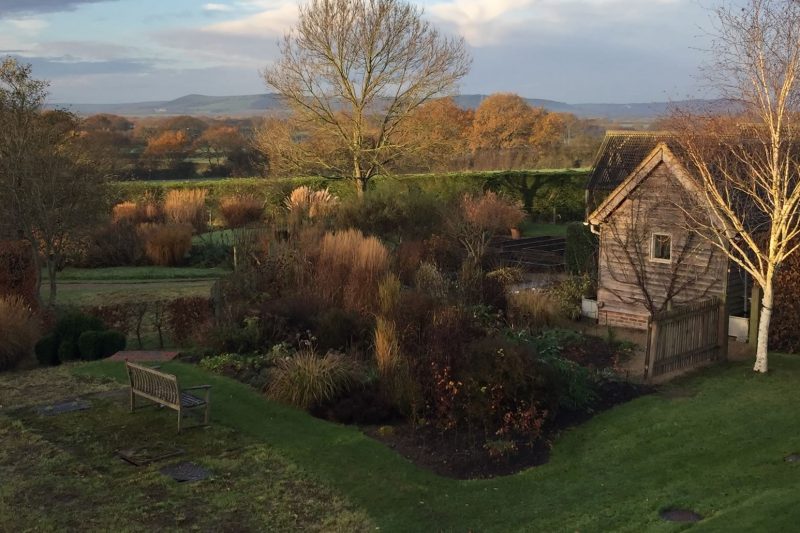 First planted by Graham Gough in 1998, the Gardens offer a painterly style of planting that combines the colour, beauty and texture of a wide range of hardy perennials, grasses and shrubs.

Find out about our Nursery 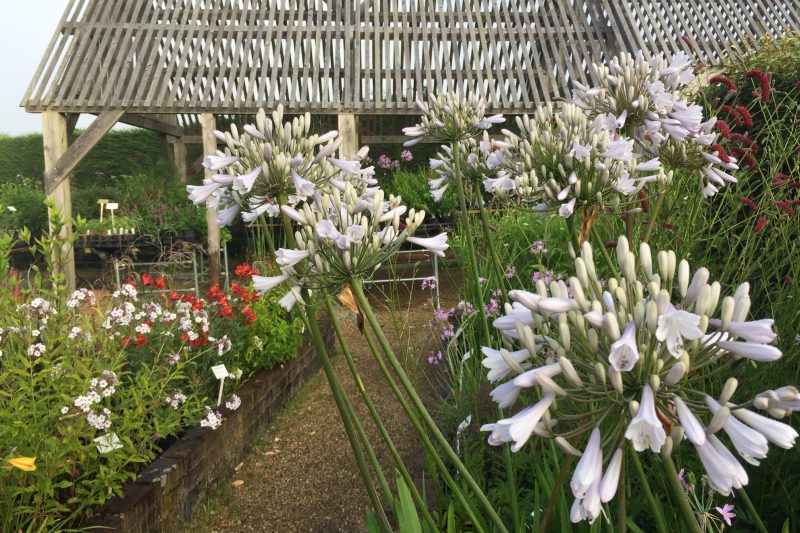 Marchants is one of the UK’s leading specialist nurseries. We pride ourselves on the fact that virtually all plants offered are propagated on site and many can be seen growing in the Gardens.

Rent our unique Wayside Byre, perfectly located for garden lovers, culture vultures, wine connoisseurs and walkers. Ideal too as a personal retreat where its peaceful location can be valued and enjoyed.

A cut above- Santoku style knife designed by Graha

One man went to mow! We’re late cutting back the

Join to receive updates on news and offers.

We will not share your email address with anyone else!